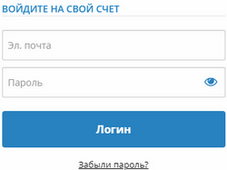 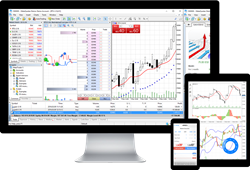 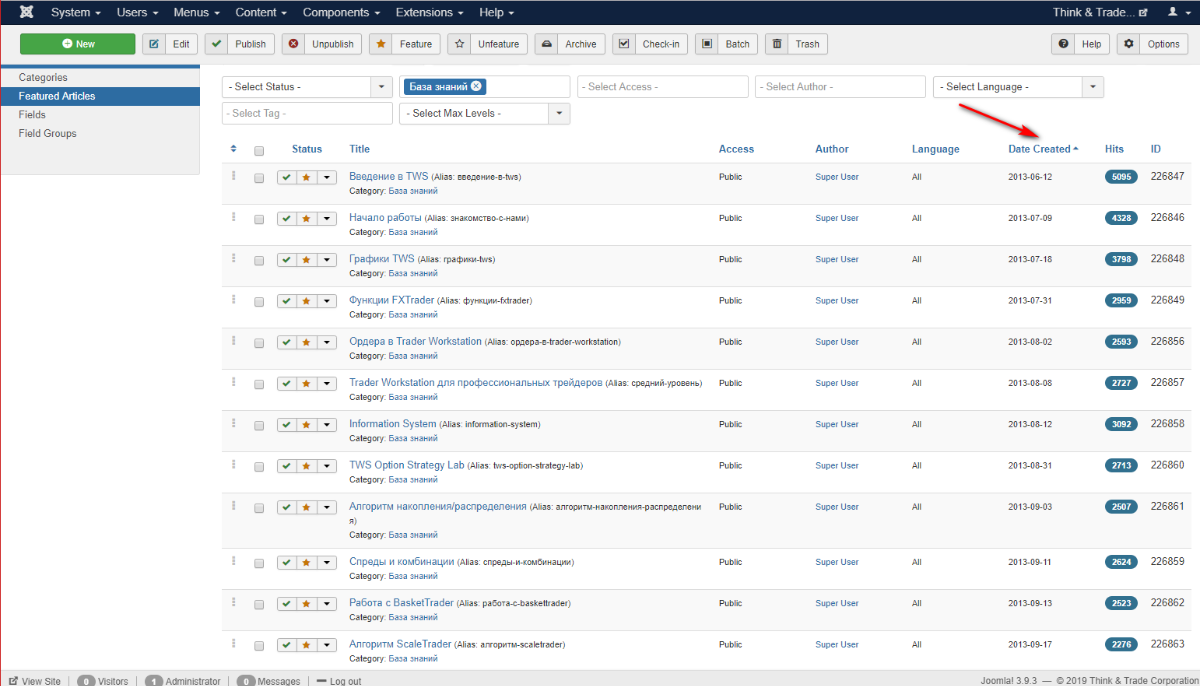 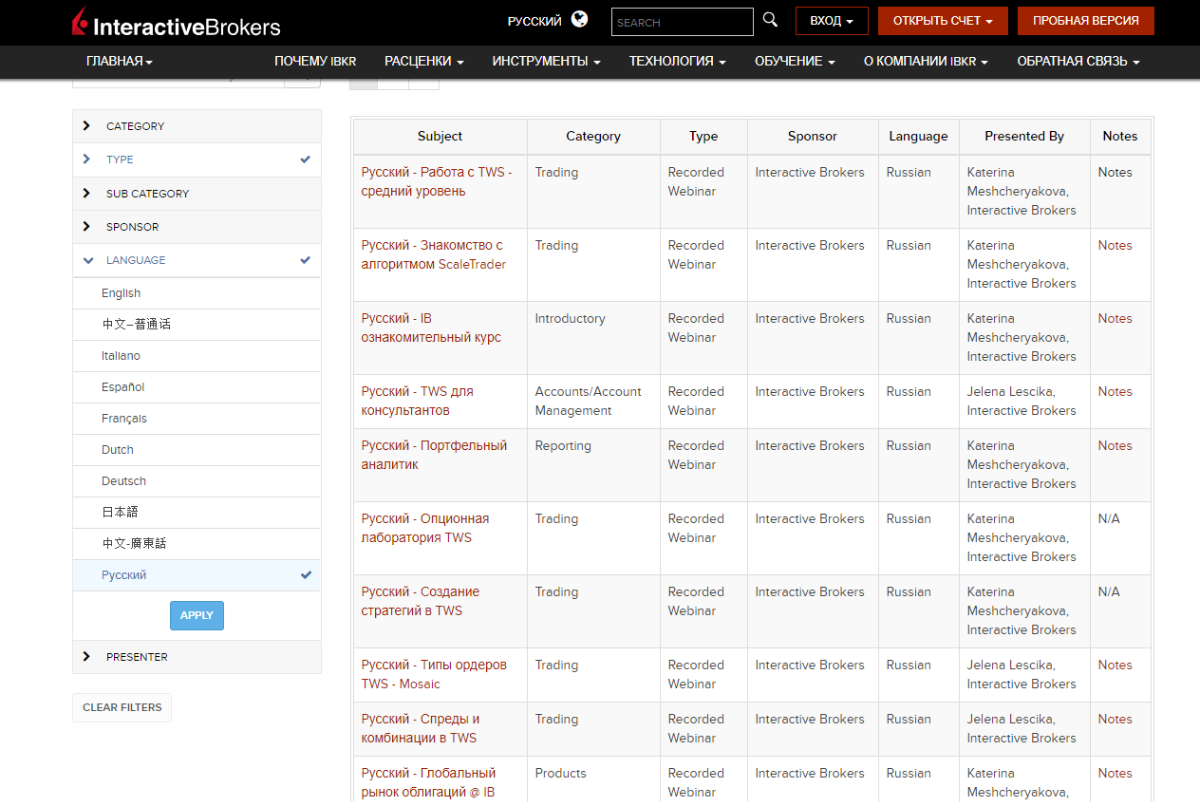 Yes, that's all you are shown.

1. What have you been in the wrong Sahotreydere quotation (Annex 1, point B, is different with my quotes in the terminal) - this is what was in your system.


2. Appendix 2 is what I saw on his trading terminal (a spread of 50 basis points and the only screenshots I did not and will not be able to prove it, but the 31-item spread it too much when writing a site 7-8 pips).


Question - why so different spreads? Why are you on the site do not write about these quotations, and thus I was misled as you opened a new client? Why is the information on this site is different from the reality in the terminal?

What is your decision on this matter? Although I'm sure you write that your system is working properly and say that I'm judging by the difference kid my and your quotes. I, in turn, will make its examination of documents (with a seal expert of) and put them on public display.

Unfortunately the Financial Ombudsman Service cannot look into a complaint against Saxobank because they are not regulated by the FSA. They are regulated by the Danish Financial Supervisory Authority so you will need to contact them with your complaint. 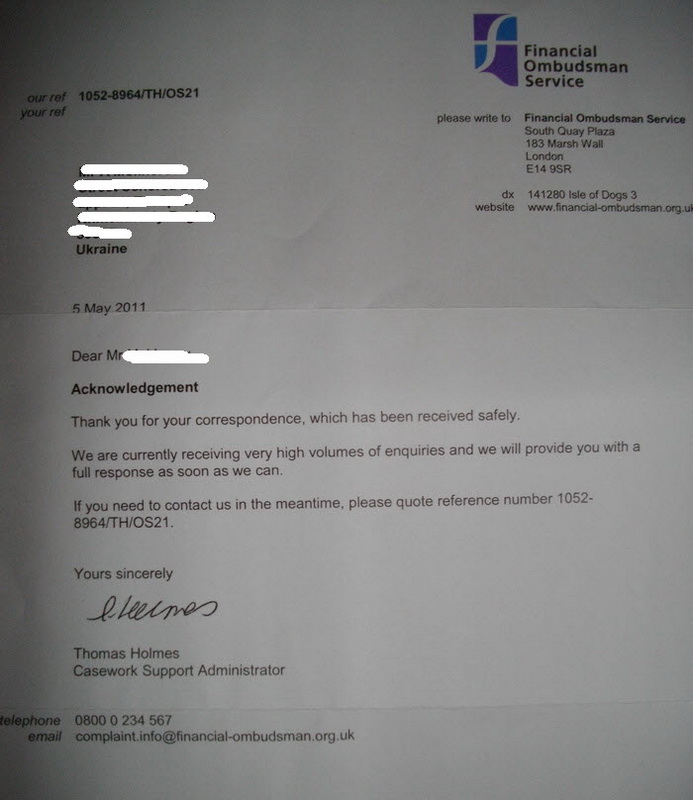 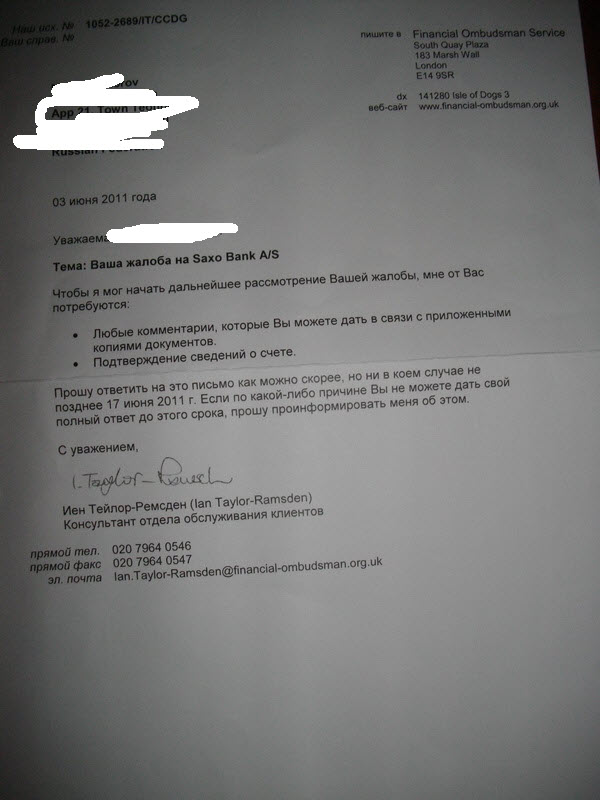 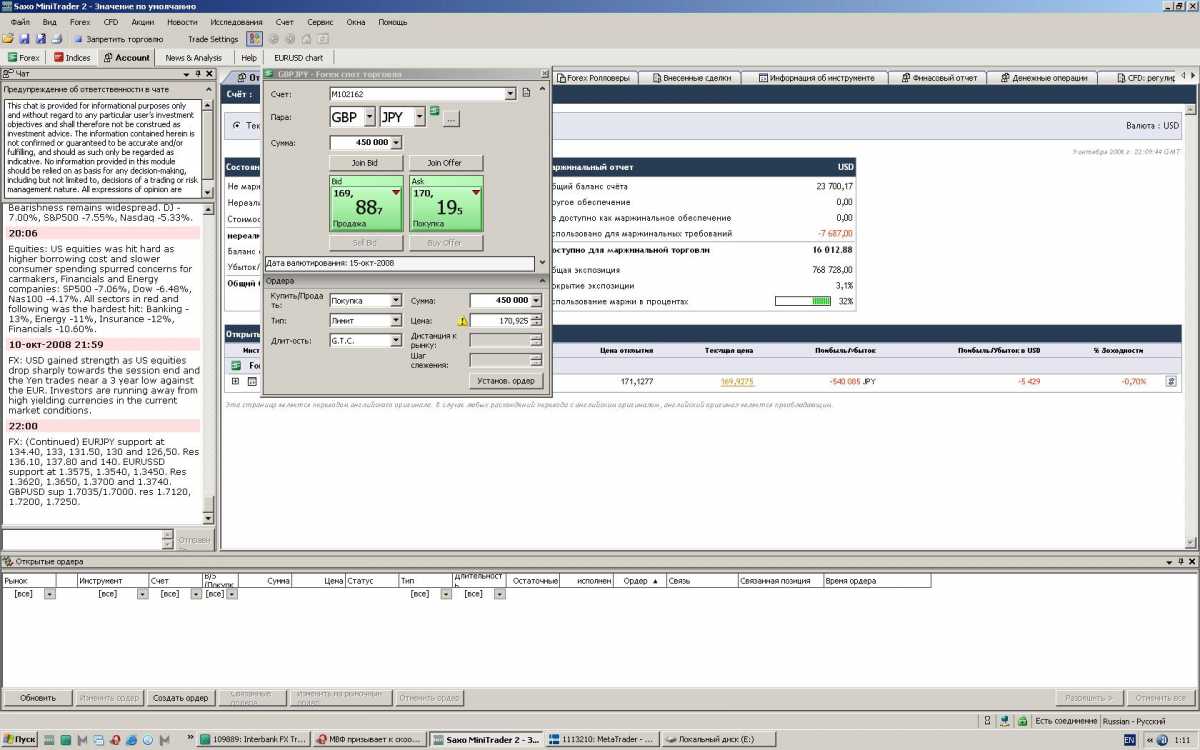 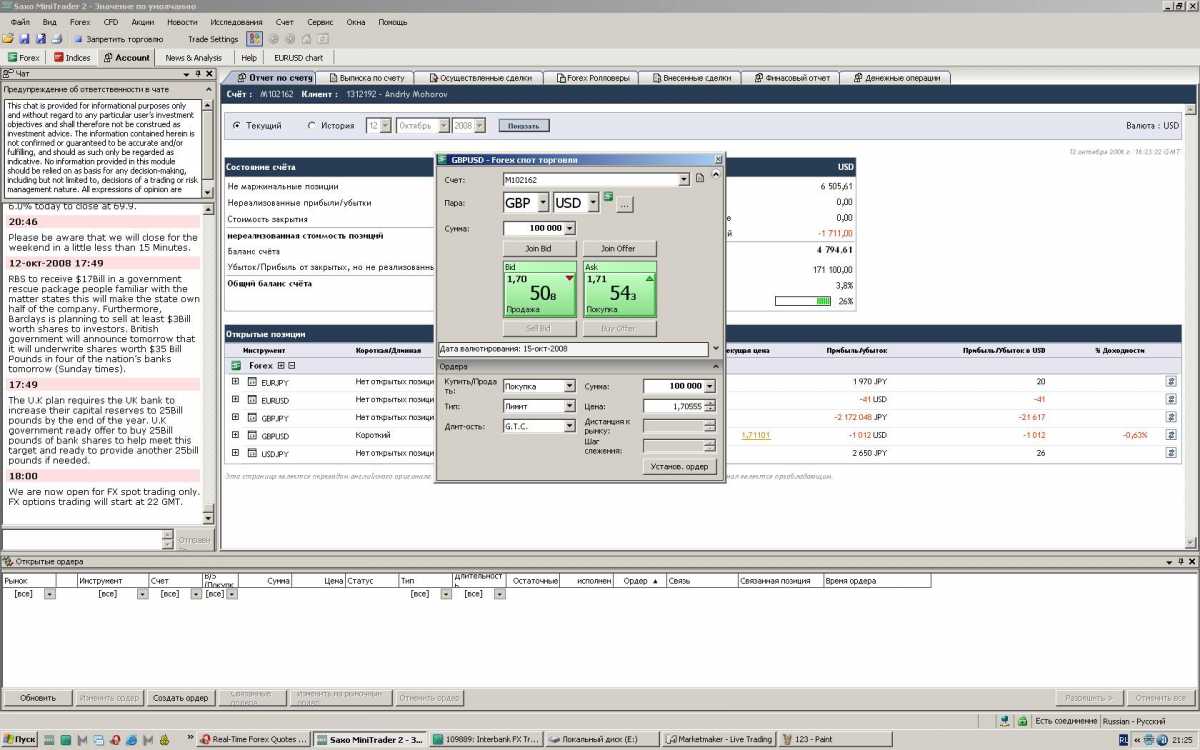 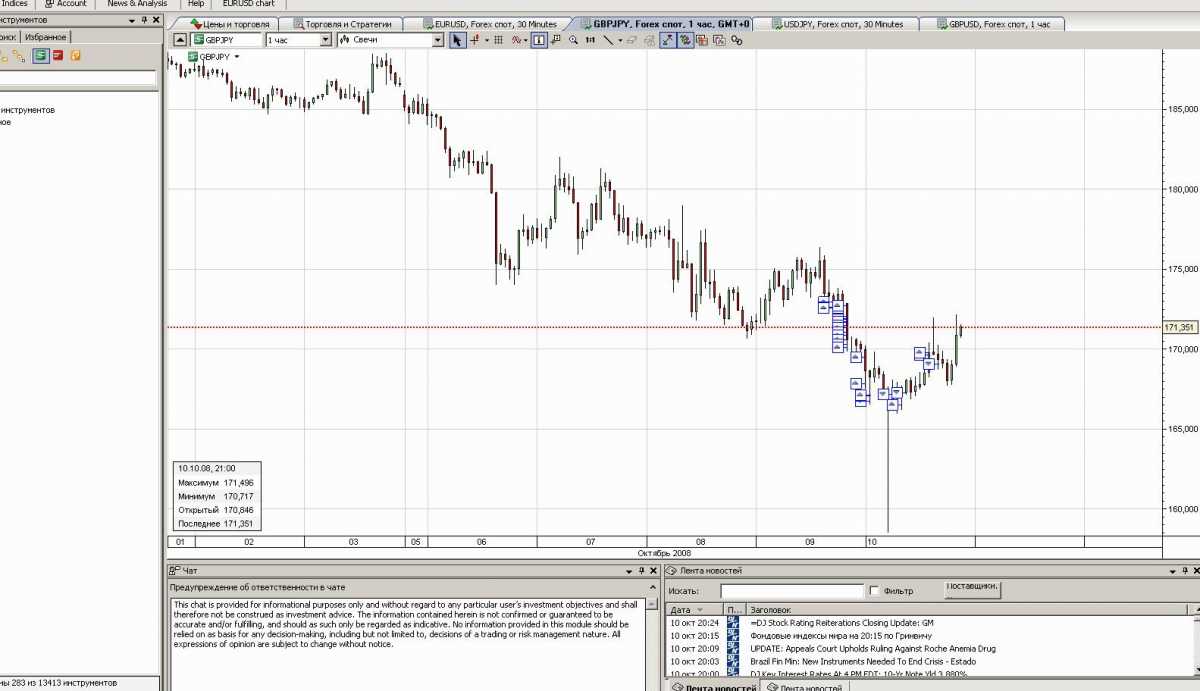 How the Macedo family kills companies and plays with the fate of people. Information for their employers

As a representative of the former Think & Trade Corp, I am in the know and know all the intricacies of negotiations and work. Daria Macedo made every effort to close our company.

Marcelo Macedo, currently based in the Swiss office, was hired by Interactive Brokers in 2016 as Institutional Clients. In the photo below is an exhibition monkey - Marcelo Macedo. And then Marcelo realizing all the bureaucracy and lack of control inside Interactive Brokers and his position, through the influx of clients whom our company brought to Interactive Brokers, taking advantage of the expansion of the staff in the Estonian office in 2017 and recruiting Russian-speaking support to work with his, as it later turned out, stupid and mean wife, Daria Macedo. 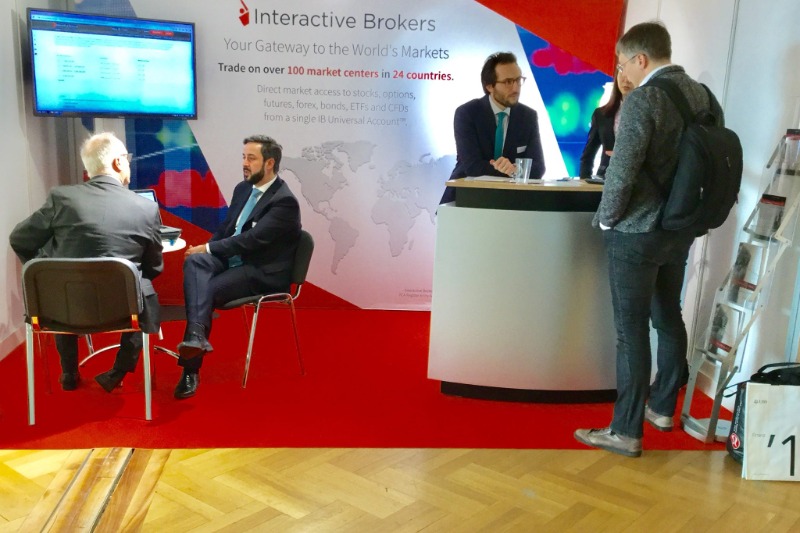 In our company, the company had no problems from 2012 to 2017, when Katerina Meshcheryakova served us, we brought many customers directly to Interactive and we had a little left.

Feeling the support of her husband and the lack of an adequate Russian-speaking Compliance in London (since all clients from the IB were opened there) Daria Macedo, an employee of the information security who did not work as a trader for a day, did not build or did anything in her life, but was put into work her husband, she began to create lawlessness and mock Interactive clients, who are ten times more successful than her if they work for themselves and earn money to deposit their trading accounts.

Daria created the first problems for our company in the fall of 2017. Closed our customer limit without any warning or reason. I asked to provide our documents for an extraordinary check - legal opinion, registration documents and to confirm licensing. We quickly paid money to lawyers in 1-2 weeks and sent the documents. There was a queue of clients and many wanted to work with us. But our documents were examined by Daria for 3 months. She didn't like one thing, then she lied that she could not get through to the English Compliance for months. We were nervous - as there were no new clients, clients were just as nervous - since all applications for opening accounts and investing were frozen. We wrote to Daria Macedo every day, but she said that she was not answered.
We contacted support in the USA, stepped over the deceitful Daria - namely, Varun and the accounts were unblocked the next day, but they set a limit to us - no more than 5 clients, they review 5 clients, and you can, upon their first request, on the same day, 5 new open and so on.

Spring 2017 passed more or less and IB opened accounts. But in the summer it was necessary to increase the limit of clients again by 5. Daria did not answer and did it for a very long time, and not on the same day. Sometimes we waited a month for the limit increase.

Daria not only did not keep the agreements on raising the limit, but she also bullied the clients. She demanded a lot of information that a normal person would not even think of - this is from the place of work, a certificate of where he took the capital, how he accumulated it and in many cases, even with all the documents, she stupidly did not open accounts.

We told her many times - stop scoffing at clients, thinking that a stupid upstart hired by a guy stupidly tightens the screws on the investor and traders, wipes their feet in them .. filth ..

In November 2018, again for no reason and without warning, Daria again closed the limit - even those 5 that were. Again, the company cannot open new clients, our specialists get nervous, clients get nervous - they wait and leave. Daria no longer demanded anything, no documents - just wait for a decision. And she didn't say why she blocked the limit of clients. Daria lied that Compliance had not answered them for 3 months. All our letters and tickets were intercepted by Daria or translated into her, since this animal was engaged in the destruction of our company.We contacted American support several times, but they do not resolve the issues, since the accounts of all traders from the CIS are under the IB SK. Maxim Lanin in the chat was asked to dial kompalins and talk, he phoned and talked on the same day, but said that Daria was dealing with the issue and it was not in his competence. 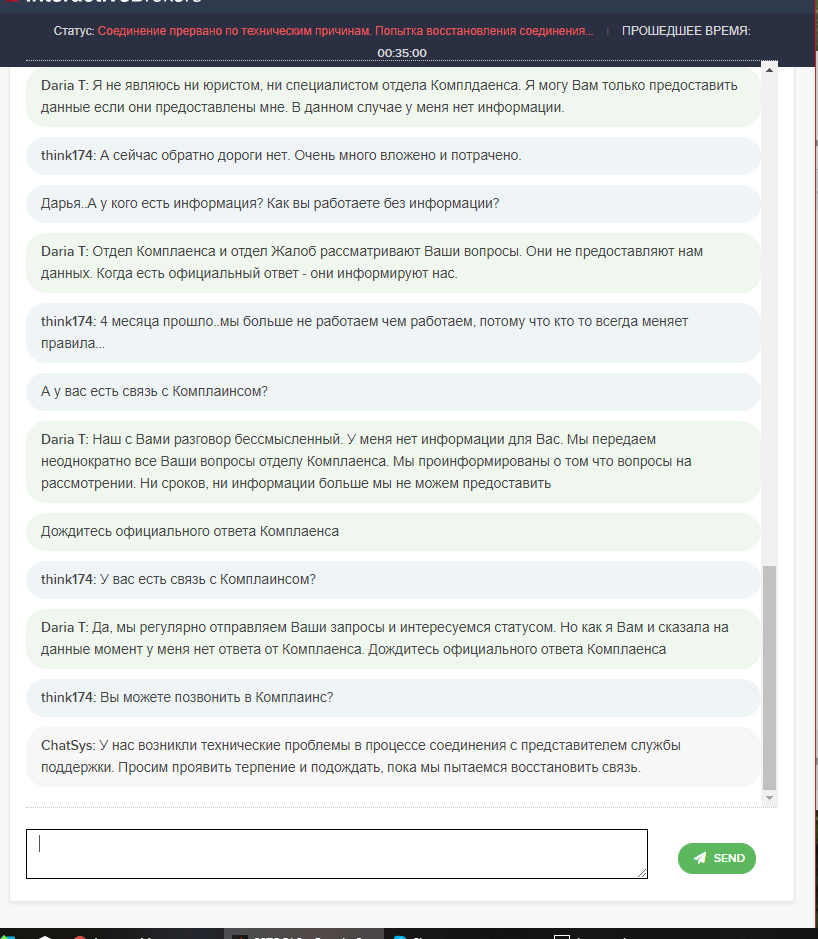 Patience, after 2 years of bullying, came to the chapel. These years of work with Daria Macedo was a complete mockery of us as clients and partners who did a lot for information security.

In February 2019, Daria felt like the owner of information security or even higher - the whole arbiter of human destinies. Sent a letter that she decided that she decided - that ... "the relationship between Interactive Brokers and our company Think & Trade Corp is not beneficial for them" ... and they completely blocked all accounts of the company and all clients. On accounts, it was only possible to liquidate positions and transfer them from us directly to IB.

Then Daria began to steal our clients, they sent letters, phoned them so that they would go from us to them. Many clients who did not want to go directly, but stayed with us until mid-2020, were detached from us by Interactive without notice and took them directly for themselves. Clients worth about $ 2 million were stolen.

We still do not know the reasons for the closure.

There were unofficial offers to us - to pay 15 thousand dollars through Daria's acquaintances and they will solve this problem with her, but we refused, as the cup of patience and arrogance on the part of Interakiv Brokers and Daria overflowed the edges.

Daria Macedo with Alina Ananyeva discussed our problems during meetings and in mutual settlements, merging information inside Interactive Brokers, came up with and linked to us a chat bot in Telegram, which only they know about, and through unofficial channels and networks they rejoiced at the closure of our company.

Daria's direct losses amounted to $ 200,000, not counting potential future profits and a lot of work done.
PS I want everyone to read how these creatures from the Macedo family killed a whole company and stole 8 years of life and work spent in our employees. So that these animals are not hired for any more work and I hope that they will be kicked out for permissiveness, selling information to third parties, losing the company's image and failing to comply with the contract and legal norms.

It's hard for me to write this text and remember how many nerves, negative emotions and experiences Interactive Brokers Brokers brought to us in the person of Daria Macedo.

More details on how we were closed 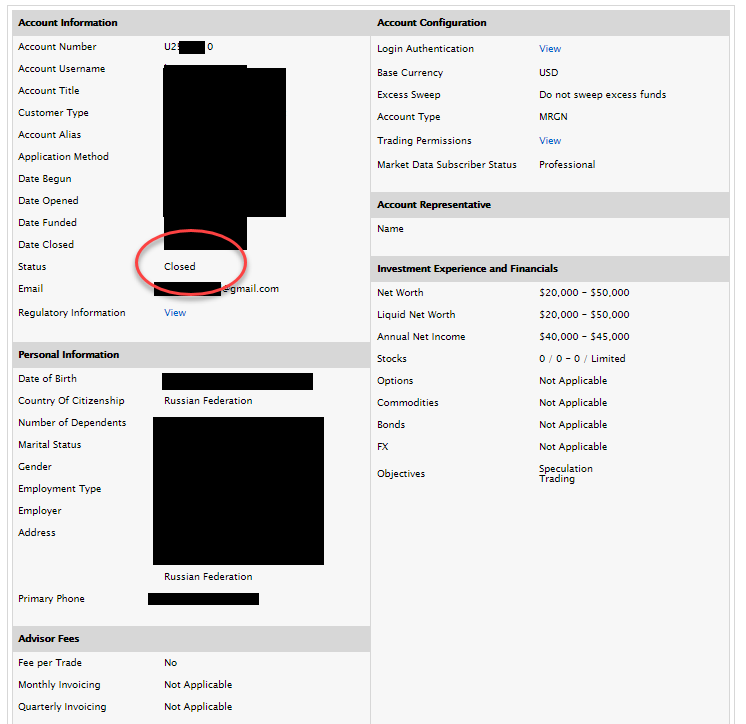 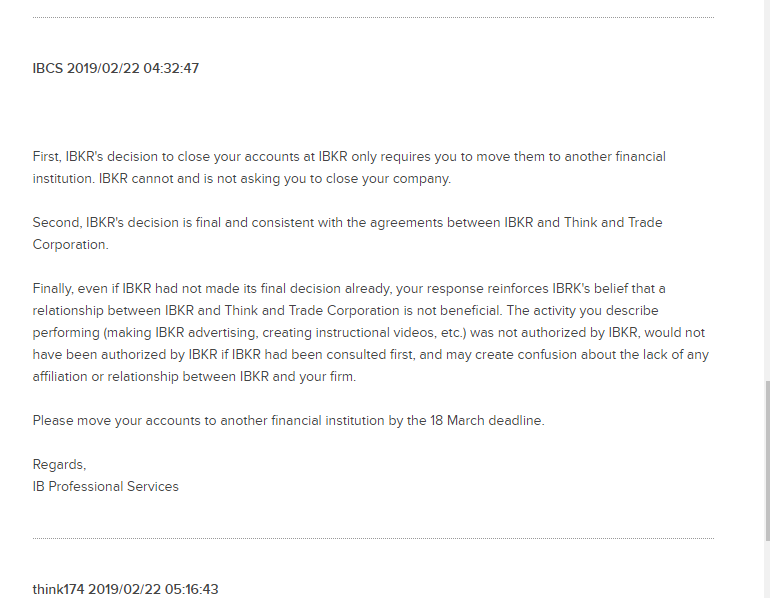 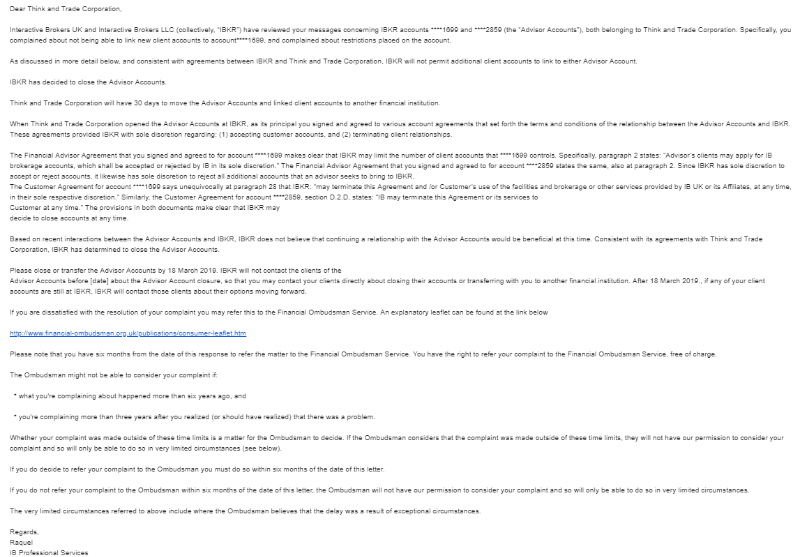 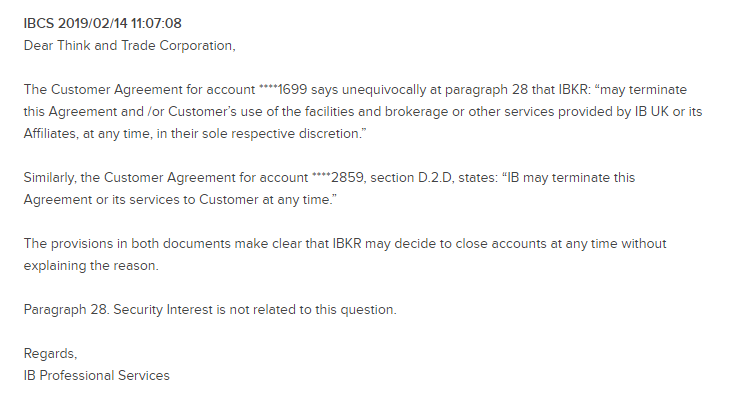 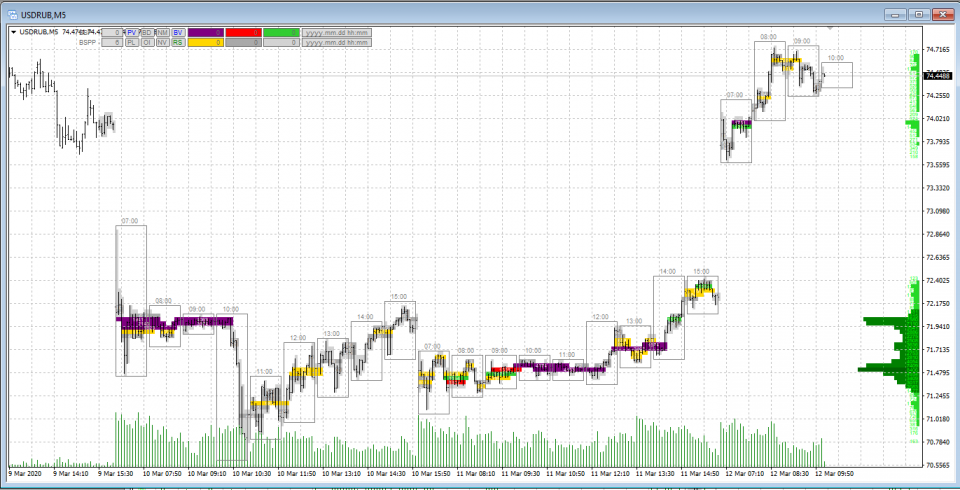 No pages created yet
View all pages